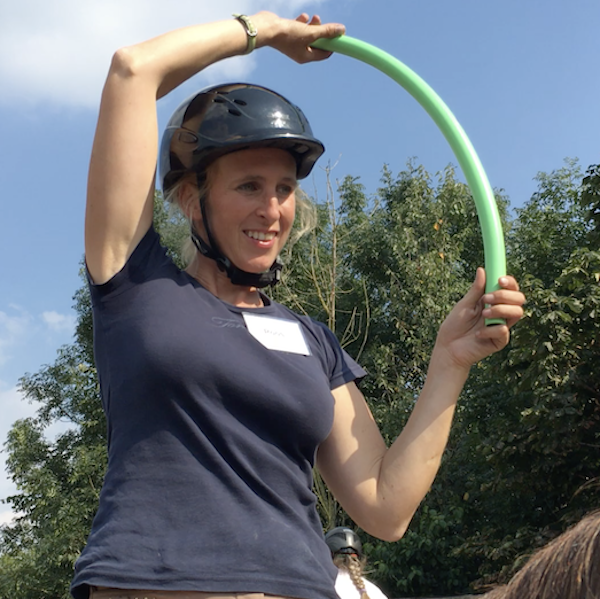 Do you feel stiff in your shoulders? Is one higher than the other? Do you get tight in the upper arms, using too much muscle? Maybe you struggle with good rein contact, or spend your day on a keyboard in front of a computer or driving long hours.

Using a Physiostix can free your shoulders and improve your rein contact. Not only that, it is a gentle yet effective way to increase your range of motion and overall ease of movement for your whole body 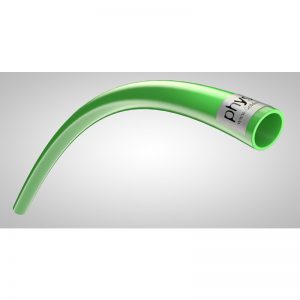 The Physiostix was designed and patented by Rob Moses, Martial Arts Master. He wanted to find a more gentle form of movement and after studying the shapes found in nature, came upon the Fibonacci spiral. Easily recognizable in sea shells, this curve is not uniform. The Physiostix adheres to a portion of the curve and guides you gently through space by following the opening (larger curve) or closing (smaller curve) end of the stick For riders, the Physiostix is a fantastic way to move the shoulders in the way they were intended – a spiral type of motion. This is because our joints are not equal on the two sides. For example, the elbow joint is where the humerus (the upper arm bone) meets the radius and ulna at the elbow. The two sides of this joint are of different diameter so that when you bend your elbow the forearm spirals toward the shoulder.

To feel this, extend your elbow, turn your palms up, and point your index finger. Slowly bend at the elbow without rotating your forearm. When your elbow joint is fully closed you will find that your index finger is to the lateral side (the outside) of the shoulder joint. This is due to the distance each side of the joint traveled. One side went further causing the spiral movement in the joint. The radius of one side is smaller than the other so one side travels further due to its smaller radius.

While going to the gym is great for overall fitness, it doesn’t address the nature of riding. The shoulders need to move smoothly, gliding over the ribcage. When we fix the shoulders as in the command “shoulders back” and tense the muscles that hold the shoulder blades down, we also pull back on the reins and thus the horse’s mouth.
Even when this is not our intention, this backward traction of the shoulders and fixation into a position has a harsh effect on the horse. 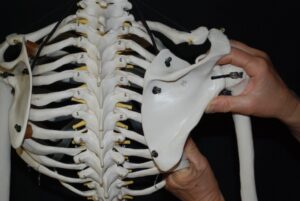 How does the Physiostix help this? By following the gentle curves of the stick in a flowing motion, the joints move in a more natural way. Excess tension and unnecessary holding disappears as you follow the flow of the movements. The joints start to move in the way they are designed instead of being forced into a fixed position.

My own experience with the Physiostix was quite profound.

I was visiting my friend, Gordon Wicks of Golden Harmony Studios when he showed me one of Rob’s sticks. Gordon did several movements while I watched and I thought “riders need that movement, and that movement, and that one!” Suddenly I realized Gordon was showing me a unique and interesting method to get riders to use their arms and shoulders in a way that was going to improve rider contact and function in the saddle. More importantly, it was going to make a lot of horse’s lives better because their riders would understand how their shoulders are supposed to move! 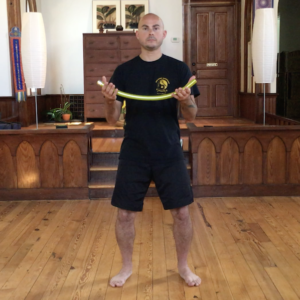 Gordon gave me a stick and I went home to play. I worked with it for about 10 minutes and thought “that wasn’t too hard”. The next day my right shoulder said “Hey! You woke me up!” My right shoulder has had years of abuse handling young colts in Lexington, KY for the sales not to mention numerous crashes and carrying heavy objects with my right arm for years. While it was much better thanks to Feldenkrais, there are still things that cause pain. Using the Physiostix, not only did I move that shoulder in non-habitual ways, I also found that if I went slowly and gently I could ‘retrain’ my right shoulder to do more. You don’t realize how quickly pain causes us to change our behavior (and more importantly, our movement) only to get stuck in the new pattern. We quickly adopt the change in movement as “normal” and even if it’s not better, we retain that way of moving. By the way, so do our horses. The Physiostix showed me I could move more freely with less pain as long as I followed its lead and went slowly and gently.

This is, of course, a hard concept for people to get. So often I hand a stick to someone and the first thing they do is the most difficult thing – testing their limit instead of exploring what is easy. That’s why Gordon and I have created a series of movements people can watch so that they gently find the way to a more organic way of moving. These videos are on The Murdoch Method YouTube  Channel so be sure to check them out. Order your Physiostix now and get your shoulders gently moving.